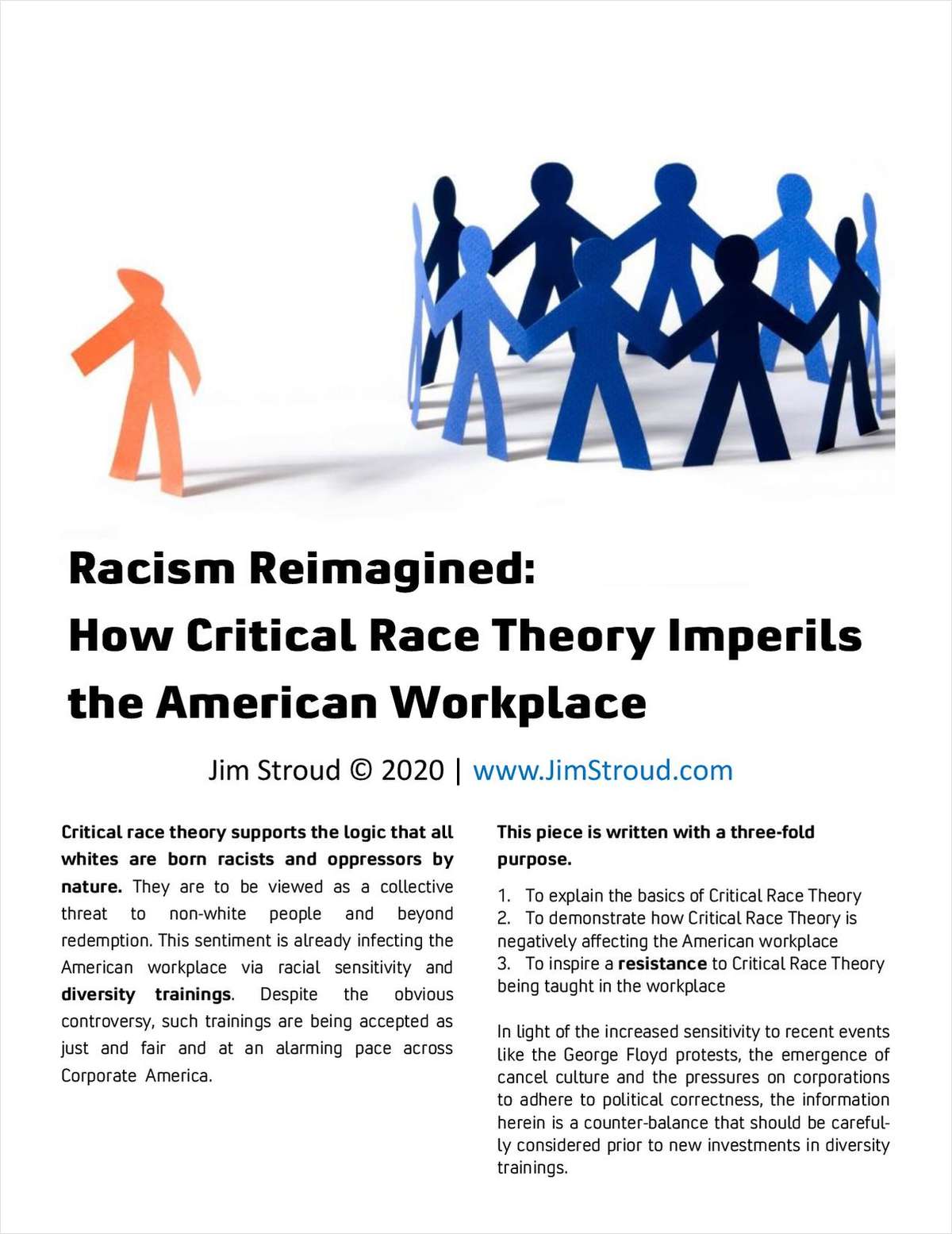 Critical race theory supports the logic that all whites are born racists and oppressors by nature.

They are to be viewed as a collective threat to non-white people and beyond redemption. This sentiment is already infecting the American workplace via racial sensitivity and diversity trainings. Despite the obvious controversy, such trainings are being accepted as just and fair and at an alarming pace across Corporate America.

This piece is written with a three-fold purpose.

1. To explain the basics of Critical Race Theory

2. To demonstrate how Critical Race Theory is negatively affecting the American workplace

3. To inspire a resistance to Critical Race Theory being taught in the workplace

In light of the increased sensitivity to recent events like the George Floyd protests, the emergence of cancel culture and the pressures on corporations to adhere to political correctness, the information herein is a counter-balance that should be carefully considered prior to new investments in diversity trainings.

When requesting this eBook you will also be subscribing to Jim Stroud’s newsletter.

Open Now
How Small Banks Can Compete with Big Tech

Open Now
How to tell a Powerful ESG Story